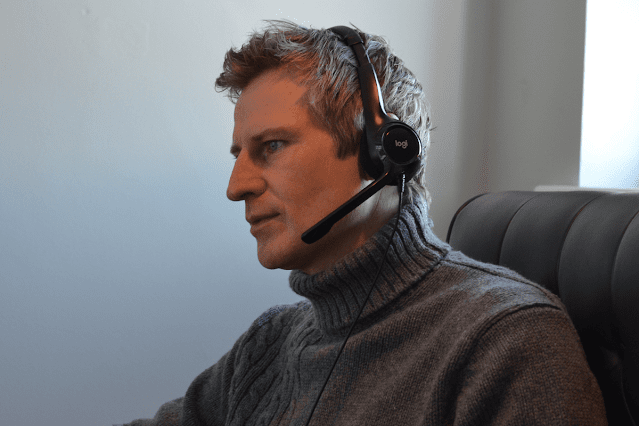 We chat to Michael Salt, a Senior Game Producer at Reflex Gaming, to gain an insight into the world of game design.  Mike’s career has spanned over two decades, and has encompassed a wide variety of game types, from traditional analogue AWP through to online slots.  Michael reveals how he comes up with new game concepts and the secret formula to a successful game.

Hi Mike, how did you get into the world of game design?

Believe it or not, my background is in biomedical science.  After graduation, I worked in a pathology lab in a hospital.  I’ve always been quite inventive; as a child, I loved creating my own games, but never considered it could be a realistic career until I spotted an advert in a newspaper advertising for a trainee game designer.  On a whim, I applied for it and the rest is history, as they say!

What are you working on at the moment?

With our land-based market being closed right now, I’m focused on developing online games.  In particular, new games which will be launched through Stakelogic’s Greenlogic programme, for which we have several exciting releases planned in 2021.

What are the biggest challenges of the job?

As a game producer, you always have multiple projects running simultaneously, in varying stages of development (at times I have counted as many as 12 live projects!) so, you need to be both creative, and well organised, in order to keep all the plates spinning.

How do you come up with new game concepts?

I’ve learned that inspiration can come from absolutely anywhere; you need that mindset where you’re expecting it to come at any point, so you have to be completely receptive.   For example, it could be during a conversation, or something you’ve seen on TV.  Once, it was a slogan on the side of a lorry as I was overtaking!  I would always advise writing an idea down straight away, if possible. (from bitter experience of forgetting some sure-fire winners!)

I’m also lucky to work as part of a creative team, having access to a couple of the most experienced people in the business, Mat Ingram and Steve Kick.   They’re always happy to bounce new ideas around, often leading to a game becoming significantly different from the original concept.

What trends have you noticed in game design?

The online gaming market is extremely crowded, and the need to stand out is driving innovation.  Game mechanics are constantly changing and evolving.  I’m seeing a trend for companies developing and trademarking new mechanics, in order to license them.  This is something that we’re currently building into our game roadmap, through our partnerships with Yggdrasil and Stakelogic, where we’re able to use great mechanics, such as Yggdrasil’s Gigablox and Stakelogic’s Super Stake.

Another trend I’m seeing is the increasing complexity of online games.  It’s interesting to me, as there are parallels with what I’ve experienced in the land-based analogue market over the last 20+ years, where designers would continue to pile complexity onto new games, until they became inaccessible to new players.   At Reflex, we’ve experienced great success in the land-based markets by stripping out the complexity and creating what I think of as classic games rebooted for the modern world.   I think our recent online game Moley Moolah is another example where we’ve bucked the trend, and created something that looks simple, fun, and a bit retro with clear goals for the player, and no need to slog through the pages of info to understand what’s going on!

When you design a new game, how do you know whether it will be a hit?

If it’s a 100% brand-new game, you can’t.  Ask any game designer and they’ll tell at least one sob story of a “fantastic” new game that failed.   In my experience, a new game has the best chance of success when combining proven game elements with something novel.

That said, sometimes it can pay to try something completely off-the-wall, just don’t expect it to work every time!

What does the future hold?

Whilst that’s never an easy question to answer, I’m excited about the future at Reflex. Whilst the hiatus in the land-based markets is painful, it has provided a great opportunity to put our focus on the online gaming markets.  We’ve got some excellent partnership arrangements with Yggdrasil and Stakelogic, and I can see great success ahead on that front.  So, when land-based markets eventually re-open and get back up to speed, we’re going to be in a great position.

"We’ve experienced great success...by stripping out the complexity and creating what I think of as classic games rebooted for the modern world."
at February 09, 2021 No comments: 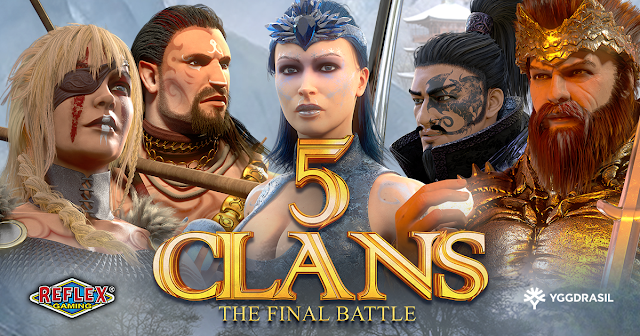